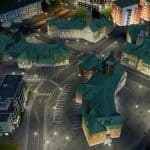 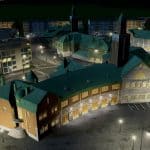 “Tampere Central Fire Station is based on Wivi Lönn’s winning proposal to an architectural competition, arranged in 1905. When the board of the competition found out that the winning entry’s designer was a woman, they decided to dismiss it. However, Tampere City Architect Birger Federley convinced the board to realise Wivi Lönn’s proposal. Tampere Central Fire Station was the first building in Finland realised based on an architectural competition won by a female architect. The building was completed in 1908.

Tampere Central Fire Station is still used for its original function. In the 1920s City Architect Bertel Strömmer designed alterations to the building as horse-driven fire engines were changed to motor vehicles. E.g. extra floor was added to the garage wing.”