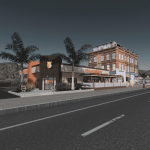 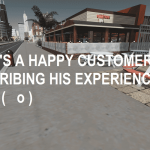 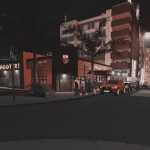 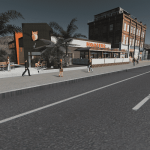 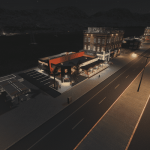 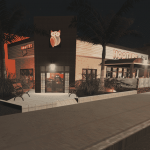 Special thanks to both:

for their support and making these hours crafting assets much more relaxed and enjoyable. cheers!

Hooters, Inc. is the trade name of two privately held American restaurant chains: Hooters of America, Incorporated, based in Atlanta, Georgia, and Hooters, Incorporated, based in Clearwater, Florida. The Hooters name is a double entendre referring to both its owl logo, a bird known for its “hooting” calls, and an American slang term for human breasts popularized by comedian Steve Martin on the hit comedy series Saturday Night Live. Hooters also had an airline with scantily clad female stewardess.

The waiting staff at Hooters restaurants are primarily attractive young women, usually referred to simply as “Hooter Girls”, whose revealing outfits and sex appeal are played up and are a primary component of the company’s image. The company employs men and women as cooks, hosts (at some franchises), busboys, and managers. The menu includes hamburgers and other sandwiches, steaks, seafood entrees, appetizers, and the restaurant’s specialty, chicken wings. Almost all Hooters restaurants hold alcoholic beverage licenses to sell beer and wine, and where local permits allow, a full liquor bar. Hooters T-shirts, sweatshirts, and various souvenirs and curios are also sold.

As of 2016 there were more than 430 Hooters locations and franchises around the world and Hooters of America LLC. owns 160 units. There are Hooters locations in 44 U.S. states, the US Virgin Islands, Guam, and in 28 other countries. In 2015 Hooters announced that it is planning to open more than 30 restaurants in Southeast Asia over the next six years.

4×3 Leisure Commercial Growable. I made this asset a leisure building, because there’s a great need for a popular late hours sports bar and restaurant in the game. There’s not enough leisure buildings on the game or workshop.

If you guys enjoy my assets i’ve spent time crafting, it would be greatly appreciated if you considered giving back in the form of a donation, ratings. thanks. If a drink or something was covered, it would be nice.

Here’s my collection of props that my assets may include… a few props may be missing from the list, but this will include my favorite.